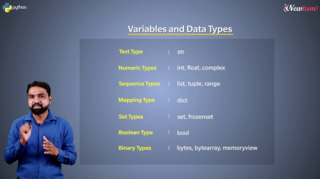 Python is a well-known programming language today and needs no introduction. It is widely used in different business segments, including data science, machine learning, programming, and web development.

Talking more about Python, Python is a high-level programming language, which means that it includes words and phrases that are understandable to people. Python uses an interpreter to interpret this high-level language into a language that the machine understands.

There are tons of organizations that leverage Python in one shape or another because of its flexibility, rapid development, scalability, and performance. For example, Python is now one of the three major programming languages leveraged by Google, along with Java and C++.

Now, if you’re thinking of excelling in Python, it’s time to think about picking up a framework. Out of all the known frameworks, Django is a high-level web framework in Python that ensures the rapid development of safe and maintainable websites.

Spoken Tutorial Program, IIT Bombay is a part of the National Mission on Education through ICT, Ministry of Education, Govt. of India, to spread IT Literacy all over India.

It doesn't matter if you're in high school or your first year of college; if you have a burning desire to learn how to code, this course is perfect for you. You can quickly learn Python Django online with this course at your own pace and time of convenience.

Once the course is complete and the student is confident about the exam, he can request an online exam. Newtum team will coordinate with the IIT Bombay Spoken Tutorial and schedule the exam. Students can take any number of attempts for the exam. Coordination for the first 5 attempts is free.

Joining this video tutorial in Django will be beneficial if you:

why you should learn Python Django

Why Should You Use Newtum to Learn Python Django Tutorial?

Django is a powerful Python web application framework to help developers rapidly create secure, scalable web applications. It is an excellent choice for beginners as it is a mature, well-organized project with a wonderful community.

Usage and Application Of Python Django

Once you’ve completed the Django tutorial course, you’ll need to give an online exam on the IIT Bombay portal. Upon successfully clearing the exam, you’ll have earned a certificate of completion.

Shailendra Bramhvanshi, Founder at Techaroha Solutions Private Limited and CEO at Newtum Solutions Private Limited. BlockChain Experts with 12 years of IT Experience in of all aspects of running Organization and Project Management. I have created different coins to help the business to bring more trust. Recently deployed a stable coin in India TrueINR and working on few cryptocurrency exchanges. My Team is being rated as a top 10 blockchain service provider in India by Silicon India

Discover your perfect program in our courses.